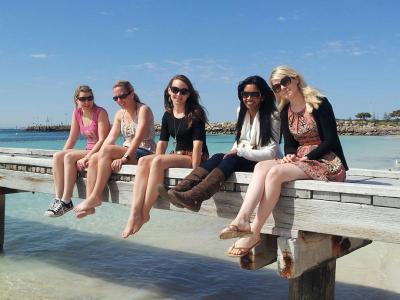 “My decision to study in Australia opened me up to a whole world of new opportunities. After completing the Graduate Diploma in Forensic Science at the University of Western Australia in Perth I spent three years employed at the Centre for Forensic Science there. When the Western Australia Police Forensic Division advertised six new positions for civilians in 2011 I was able to submit a competitive application based on the knowledge of Forensic Science that I had acquired from my course, and the research skills I had developed through my employment. My application was successful and I took part in an intensive training program before taking up my position as a Forensic Investigation (Science) Officer with the WA Police.

“I now attend the scenes of major crimes such as sexual assaults and homicides to record those scenes, collect forensic evidence, and present that evidence to the courts. My job is exciting and varied and I get to use my skills to help solve criminal investigations. Outside of work, studying in Australia has allowed me to make lots of new friends and I have enjoyed travelling and learning about the cultures of a new country. I don’t regret my decision for a second!”