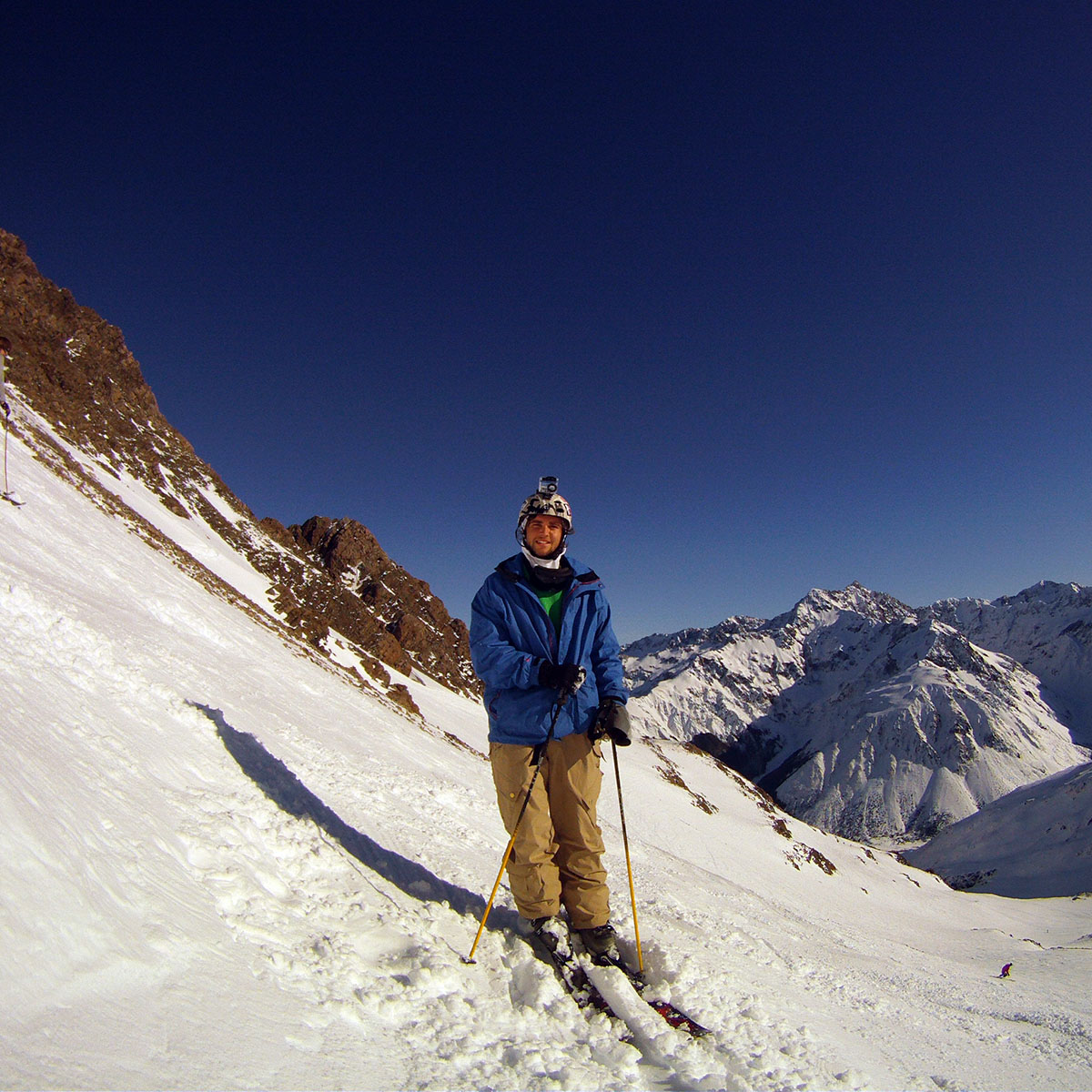 Kit graduated from the Bachelor of Sport Coaching at the University of Canterbury in New Zealand in 2011. He’s now a registered sport and exercise nutritionist, running his own flourishing business in Jersey (bondstreethealth.com).

“During my degree at Canterbury we had the then All Blacks nutritionist teaching one of the nutrition modules. The Bachelor of Sport Coaching was a general sports science degree, so we did everything – biomechanics, kinesiology, psychology, coaching – but we also did nutrition, and this module just really hit the spot with me. I shadowed him for a bit, with the Canterbury Crusaders, and just felt completely inspired.

“I had the best time ever at UC. It was as though I was on a gap year while studying. It was exactly how I’d imagined it would be. I did so much, even on a student budget! Road trips and skiing and hikes up mountains. The New Zealand students were in to all that stuff too, so it wasn’t as though I was the tourist doing it all on my own. They are so passionate about their country, so were always up for hiking up a mountain!

“So I had all these buddies with me and those trips were so good for building friendships. We’d go off on a road trip, camp somewhere for a couple of nights, go on a hike, then just head back and go to uni. We were all on top of our work so we could just disappear off for a couple of days at a time – it was great. Kept on top of the work, didn’t fail anything, no retakes. It was all good.

“I didn’t know what I wanted to do after uni and wanted to take a general degree so I could get a bit of everything. That broad foundation approach has paid off for me and my cohort – the group have all gone in different directions but very successfully. I still speak to about five-10 of my friends from the course and they are all in great jobs. Some have gone into strength and conditioning, for example, some in professional AFL, some at the Canterbury Crusaders, both the first team and the academy, so looking after the young talent coming through. Others have opened their own gyms, or are doing personal training, another became a physiotherapist, someone else is a physical education teacher.

“The Bachelor of Sport Coaching is quite unique in terms of what you cover. At the time I didn’t really appreciate the difference between BScs and BAs and so forth, but the structure of the Canterbury degree has really paid me dividends because I’m now consulting every day, and all the coaching content has really come into its own. We did whole modules on body language, communication, eye contact, the way you sit, the way you listen, and that has been one of the best things I could have ever done because it has really fed into what I do now. On a normal science degree you wouldn’t get that learning how to counsel and listen and get information out of people, but it has turned out to be so helpful. As I went on to my masters in the UK and then started working I realised I was drawing on it all the time! We also did modules on coaching with the children, and again now that I work with lots of junior athletes it has been so good to have that knowledge of how to work with them and get on their level. The skill sets I picked up have just been invaluable.

“I’d also say that the atmosphere in New Zealand – the way they approach lots of things in life, not just academic questions – is motivating. They are very pragmatic, practical, no nonsense; they don’t just push paper around the table and then convene another meeting in a few weeks’ time – they get on with it and get things done. That’s a good way to be!

“After I finished at UC I got a place at Oxford Brookes in the UK to do a Masters in Sport and Exercise Science and Nutrition. That allowed me to register, and therefore to practice, in the UK. I didn’t really know what I was going to do with it – the general idea seemed to be that everyone would go off and work for a professional team – but I didn’t want to stay in England so I came home to Jersey and got a job at a high end gym, who hired me as their in-house nutritionist. I was there for 9 months and then just thought, I can do this for myself. I approached some clinics, took some room time, worked up the business, built the branding and the marketing and did the networking, and I’ve been on that roll ever since.

“I founded business in 2013. I guess the safer option would have been to go and work for a big team somewhere, but I have always had that independent streak, and always thought that if you do something for yourself then you can do it well. I was the first nutritionist on Jersey, which was a help but also a detriment, because it wasn’t seen as a normal thing for someone to go and do – to go sit with a nutritionist and get advice and have sessions and go back monthly, as you would with a physio, for example. You’ve got to trust your instincts though. There’s been no major stress at all. I’ve moved around a few places, but I’ve been busier and busier each place I’ve been.

“If I could reassure anyone who’s starting a business I’d say that if you’re on it and you’re taking care of it and nurturing it yourself and you stick with it, there’s no reason why it won’t work. Yes, you don’t get big pay checks first thing and you have to graft and win a few things, network a lot and build relationships – all of which takes time – but it does pay off. For the last few years I haven’t worried about salaries or monthly income because jobs come in, bookings come in, referrals come in, to the point that now I have someone else working in the business with me. It’s pretty mad!”